During his tenure as Calgary Flames general manager, Darryl Sutter did a lot of smart things. He acquired Miikka Kiprusoff. He assembled a pretty decent core and managed to win a few playoff rounds and hang some banners.

But later on in his tenure, the Jolly Rancher made some peculiar moves. Most notable among them: the trade that sent Dion Phaneuf out of town.

In January 2010, the Flames were a weird spot. They had made the playoffs for four consecutive seasons, but a superb November had turned into a mediocre December and the team remained as inconsistent under new coach Brent Sutter as they had been under predecessor Mike Keenan. And his predecessor Jim Playfair. And his predecessor, Darryl Sutter himself.

It became clear that a shake-up was needed. Rumours persisted that Dion Phaneuf, in his fifth year with the team, had asked for a trade. If nothing else, he had developed some bad habits and hadn’t kept maturing on the ice the way the club had hoped he would. Not a defensive stalwart, his offense was becoming less reliable. At the end of January, Sutter pulled the trigger and sent Phaneuf to Toronto.

(The post-trade press conference was astonishing, particularly one exchange where Phaneuf answered a query about where he would go from here with a deadpan “Toronto.”)

The Flames didn’t have a ton of good prospects in their system – Mikael Backlund was still a project at this point and Tim Erixon hadn’t signed – and the Flames ended up trading the 24-year-old Phaneuf, 20-year-old Aulie and 26-year-old Sjostrom for Stajan (26), Hagman (30), White (25) and Mayers (35). Nobody really looked at the Flames roster and said “If only they were older…” but that’s what happened.

They also traded away the best player in the swap and got a bunch of guys that were decent, but nobody was an upgrade on the guys they lost. White was a downgrade on Phaneuf and became more beloved for his sweet moustache and sliding block attempt nicknamed the “Ian White starfish.” Hagman was a downgrade on Sjostrom. Mayers didn’t really fit the Flames system. Stajan had good years still ahead of him, but Brent Sutter struggled to figure out what to do with him for awhile after he arrived.

The Flames missed the playoffs in 2009-10 and were well on their way to another disappointing season in 2010-11 when Darryl Sutter parted ways with the club. If only he had held onto Phaneuf for a bit longer; he was still quite young and had four seasons left on his deal. Had Sutter gone to the draft to sell off Phaneuf, it seems probable that he would’ve have netted a bigger windfall.

Stajan was a great role guy for the Flames for many years. Had he been part of a Phaneuf package that included a top prospect or high draft pick, fans would’ve been excited about him. But when Stajan is the biggest piece the club receives for arguably the best home-grown prospect they had in almost a full decade, something’s gone terribly wrong.

Over the past couple of weeks, I’ve been counting down the best and worst trades in Edmonton Oilers history. To recap, here’s what I have so far…

No. 5: Moving on from Vincent Damphousse too early

Of all the deals involving dismantling the Oilers’ dynasty core from the 1980s, the one they did the best in was easily the trade that sent Glenn Anderson and Grant Fuhr to Toronto. In return, the Oilers got Vincent Damphousse, who would go on to be a legitimate star in the league during the 1990s. All told, Damphousse scored over 1200 points in his NHL career.

Unfortunately, only 89 of those points came in Edmonton. Damphousse got dealt to Montreal for Shayne Corson after just one season with the Oilers. While Corson wasn’t a bad player by any stretch, Damphousse played a key role in helping the Canadiens win the Stanley Cup in his first season in Montreal. He’s certainly one that got away.

No. 4: Giving away two draft picks for Griffin Reinhart

Three years after drafting Reinhart with the fourth-overall pick, the Islanders seemed the writing on the walls. He had been passed on the organization’s depth chart and didn’t appear to have a future as a top-pairing defenceman like the team had envisioned when they drafted him. The Oilers, still enamoured with him from his time with the Oil Kings, still believed in Reinhart.

They sent the Islanders the No. 16 and No. 33 pick in the incredibly-deep 2015 draft to acquire him. While Reinhart only played a few games as an Oiler before getting exposed in the Golden Knights expansion draft, the Islanders ended up selecting Mat Barzal with the No. 16 pick.

No. 3: Mark Messier gets dealt to New York

The final key member of the Oilers’ dynasty got dealt on the eve of the 1991-92 season after making it clear that he didn’t want to stick around in Edmonton if the team wasn’t going to do what it could to retain talent. Mark Messier getting dealt to New York was hardly a surprise by the time it happened, but the return was a bit of a shocker.

The Oilers got a couple of prospects, Steven Rice and Louie DeBrusk, who didn’t pan out into impact players, and Bernie Nicholls, who was beyond his prime. Meanwhile, Messier had many great years in the league as he won a Hart Trophy and a Stanley Cup with the Rangers. Worst of all, it came out later that part of this deal involved the Oilers getting cash for Messier, which was why the return package was so much lighter than it should have been.

No. 2: Ryan Smyth gets shipped away at the trade deadline

The bow on top of an incredibly frustrating season, Ryan Smyth, who we all assumed would play his entire career in Edmonton, got traded seemingly out of the blue to the New York Islanders at the ’07 trade deadline. Smyth was an impending free agent and couldn’t reach an extension with the club. Apparently, the two sides were off by only $100,000.

In return, Edmonton got two former first-round picks, Robert Nilsson and Ryan O’Marra, and another first-round pick that they used on Alex Plante, all of whom ended up being busts. To be fair, on the surface, this actually isn’t a bad return for a rental, but the whole thing was heartbreaking and completely unnecessary.

Before I get to my choice for the worst trade in Oilers history, let’s take a look back at some other terrible trades the team has pulled off over the years. In no particular order, here are the honourable mentions…

The Oilers don’t get enough for Jari Kurri

As I said earlier, there’s a theme here in which the Oilers don’t do very well when dealing away their core players from the dynasty days. A prime example of that was the Jari Kurri deal. Edmonton shipped Kurri, who had been holding out in Europe, to Philadelphia for Scott Mellanby, Craig Fisher, and Craig Berube. The best player Edmonton got back was Mellanby, who only played a couple of seasons with the Oilers before getting claimed by Florida in the expansion draft in 1993.

No, New York, you can’t have Geoff Courtnall

Part of the return Edmonton got when they sent Andy Moog to Boston was Geoff Courtnall, a good, young winger. Courtnall only played 12 games in Edmonton before the Rangers signed him to an offer sheet. Rather than either matching the offer or letting him go for compensation, Edmonton sent him to Washington for Greg Adams. Courtnall scored 799 points in his NHL career while Adams played 49 games for the Oilers.

Giving up on Martin Ruchinsky too quickly

One of the players the Oilers drafted with the three first-round picks they got in return for Wayne Gretzky was Czech winger Martin Ruchinsky. After playing just two games for the Oilers, they moved him to Quebec for Ron Tugnutt and Brad Zavisha. Tugnutt was never more than a backup goalie and Zavisha played two NHL games while Ruchinsky would score 621 points over 16 seasons in the league.

Another player the Oilers traded away way too quickly was Miroslav Satan, who was a steal for them in the fifth round of the 1993 draft. After a couple of so-so season in Edmonton, Satan got shipped to the Sabres for Craig Millar and Barrie Moore. Those two would play just 40 games for the Oilers while Satan broke out in Buffalo. When it was all said and done, Satan put up 735 points in 1050 NHL games.

Trading down at the 2003 draft

The 2003 draft is arguably the deepest class in NHL history. Just about everyone came out of that draft with a very good player that year. The Oilers had the No. 17 overall pick but decided to trade down to acquire a couple more picks. They sent the pick to New Jersey for the No. 22 and No. 68 picks, while they used on Marc-Antoine Pouliot and Jean-Francois Jacques. Meanwhile, New Jersey used Edmonton’s pick on future all-star Zach Parise.

I wouldn’t say that the original Chris Pronger deal that shipped him to Anaheim shortly after Edmonton’s run to the ’06 finals was a total disaster given the team used one of the draft picks on Jordan Eberle, but the subsequent deals were terrible. Edmonton gave up on Joffrey Lupul after one season and sent him to Philadelphia for defenceman Joni Pitkanen. Again, after one year, Pitkanen went to Carolina for Erik Cole, who later got dealt for Patrick O’Sullivan, who finally got dealt for Jim Vandermeer. One by one, the Oilers downgraded on every single one of these deals.

The trade is one for one

Though this isn’t even Peter Chiarelli’s worst trade, it’s probably his most infamous. In order to shore up the Oilers’ blueline, Chiarelli moved former No. 1 overall pick Taylor Hall to the Devils for defenceman Adam Larsson because that was the price you had to pay. Hall would have a Hart Trophy season in New Jersey while Larsson has become a good-not-great defender in Edmonton. Chiarelli should have gotten much more back for Hall, but it later came out that most of the GMs around the league didn’t even know he had been shopping the former top pick.

In order to save salary cap room, the Oilers traded Jordan Eberle to the Islanders for Ryan Strome in a one-for-one swap. This was obviously a pretty decent downgrade, but the worst was yet to come. After just a year-and-a-half in Edmonton, the Oilers moved Strome to the Rangers for Ryan Spooner, who they placed on waivers just a few months later.

This trade just made no sense. Brandon Manning, the guy who broke Connor McDavid’s collarbone in his rookie season, never needed to be an Oiler. But Peter Chiarelli disagreed. He shipped one of McDavid’s best friends on the team, Drake Caggiula, to acquire Manning, again, the guy who broke his collarbone. The Blackhawks were absolutely thrilled to get out from under Manning’s contract and he predictably never made an impact in Edmonton. 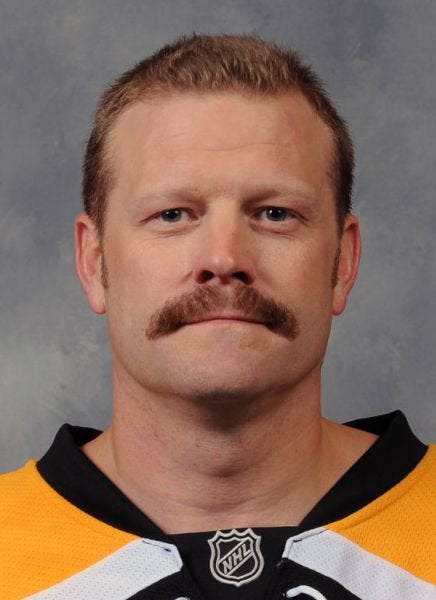