Earlier today, I wrote about how it was reported that Cody Ceci was expected to enter the free-agent market on October 9th. Barely two hours after that post came out, Pierre LeBrun of The Athletic doubled down on the report and also dropped this terrifying tidbit of information:

Cody Ceci is headed to market. The pending UFA D could also circle back to the Leafs and vice versa after the market opens.

As you can tell by the title of this article, this scenario should not and cannot play out in real life. The fact that there remains a distinct possibility of Ceci re-signing with Toronto is something I’m sure a lot of Leafs fans are not too happy about. Even if the two parties agreed to a cheap contract, the Leafs would be far better off without Ceci than with him on the roster.

This past season saw Ceci post one goal, seven assists, and eight points during an injury-riddled year that limited him to 56 games. He was healthy for the playoffs where he only scored one goal during the five-game series against Columbus. If you take a look at his underlying metrics at 5v5 below, it wasn’t terrible but also wasn’t too great either:

These numbers don’t tell the full story as a deeper dive into his impact on the Leafs shows that Ceci not only did not help the Leafs’ chances at success but actually hindered them. When he was on the ice, a significant portion of the team saw a regression in their game, the team performed worse on defence both at 5v5 and on the PK, and the offence faltered. As per Evolving Hockey, his WAR was at zero while his GAR was a -0.1. While his overall performance was an improvement compared to during his time with the Ottawa Senators, it wasn’t enough to help turn the tides in Toronto’s favour more often than not.

Ceci was most often paired up with Morgan Rielly and while the latter said he enjoyed playing with the former, the numbers suggest the pairing was not very effective. This was one of the areas the fanbase had gripes with throughout the season, along with the frustration of Rielly not being slotted alongside Tyson Barrie more often (with the two playing better on the same pair).

This takes us back to the reason why Ceci was on a consistent presence on the Leafs roster to begin with: the Nikita Zaitsev trade. Make no mistake, Toronto did well in freeing themselves from Zaitsev’s albatross of a contract. The problem was that instead of moving Ceci’s contract rights elsewhere, they decided to keep him around for a year on a $4.5 million contract. His performance this season demonstrated that giving him that kind of money is a big overpayment and he will need to settle for less money to remain in the NHL. Having Ceci for a season certainly was better than keeping Zaitsev on the books for four more campaigns, but it won’t look good on Toronto’s part if they keep the former 15th overall pick for another year or beyond.

So why would the Leafs even consider bringing back Ceci in the first place? Two things: He is a right-shot defenceman and Kyle Dubas apparently loves him.

In spite of the criticism that went Ceci’s way (both warranted and unwarranted), Dubas came to the former’s defence throughout the season and after the Leafs were eliminated by the Blue Jackets. I understand Dubas wants to be on the good side of his players and I believe that to be a good thing in today’s NHL. But whether this was done to up his trade value or get other teams interested in signing him in free agency, it was still a questionable decision for the GM to make and only added to the frustration from Leafs fans over why Ceci was still on the roster.

Listen, each GM has one player that they give high praise to in spite of the overwhelming signs that suggest the said player isn’t very effective. Martin Marincin continues to defy the odds by remaining on the Leafs roster for five years but he does serve a purpose as the extra defenceman and is actually better than people give him credit for. Ceci has become that player for Toronto and the rumours suggesting either he or the Leafs may circle back for a reunion all but confirms it.

I’m sure Ceci is a nice guy off the ice and his teammates enjoyed his presence in the locker room. But when it comes to on-ice results, he is simply not the answer and it would be in Toronto’s best interest to let him head for greener pastures elsewhere.

At the very least, we will always have this clip of Ceci missing the net in spectacular fashion:

All stats unless otherwise noted are from Hockey-Reference.com and Natural Stat Trick.

The chart used is from Evolving-Hockey.

All salary information is from PuckPedia.com. 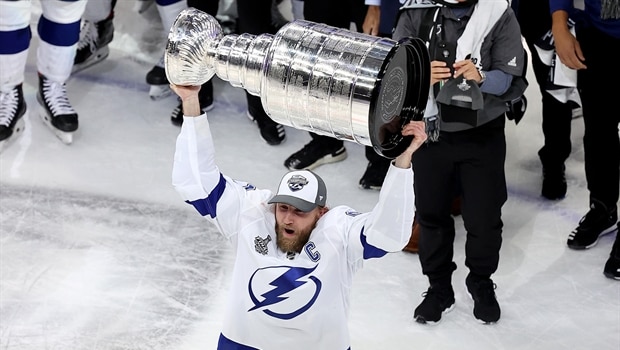 All gamers included in a fight will now get a 10-minute misconduct penalty and a five-minute significant. The stiffer charges come after Isabelle Charest, the minister accountable for sport in Quebec, called on the league to ban fighting. The league is reportedly looking for$20 million in government assistance to assist cover revenue lost due to the COVID-19 pandemic.

The order has officially been set for the 2020 NHL draft and the Winnipeg Jets know where they’ll be picking.

The Jets hold the 10th overall pick in the first round and in the second, they pick 40th overall.

Their third-round pick was dealt to the Ottawa Senators in the Dylan DeMelo deal, while their fourth was shipped to the Montreal Canadiens in the Steve Mason-Joel Armia deal.

In round five, Winnipeg picks 133rd overall while in the sixth round, they select 164th overall. Their seventh-round pick was traded to the Minnesota Wild for Matt Hendricks.

The draft is set to kick off at 7 p.m. EST next Tuesday. Here is the procedure for how the full draft order was decided:

Picks 1-7: Teams who did not participate in the Return To Play, in inverse order of 2019-20 regular-season points percentage 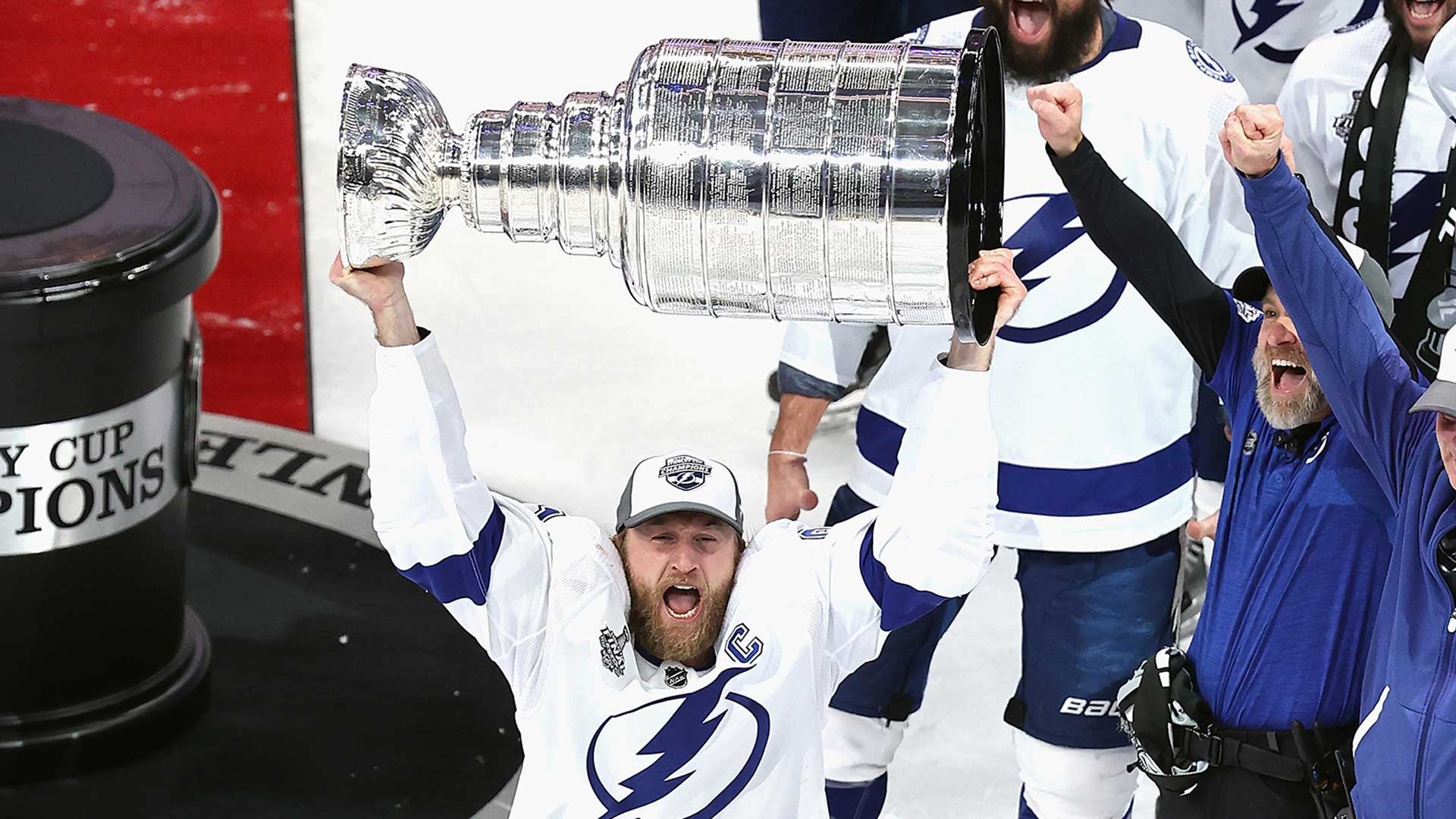 How the NHL granted the Stanley Cup in a pandemic:

Steven Stamkos hoists the Stanley Cup as captain of the Tampa Bay Lightning who beat the Dallas Stars in 6 games. They may have to state bye-bye to 34-year-old goaltender Anton Khudobin, who is a free agent after taking the Stars to the final– unless they choose to make a surprising move like trading starter Ben Bishop, who missed many of the post-season with injury. “And if you make the playoffs, you’ve got an opportunity to win the Stanley Cup.

How the NHL granted the Stanley Cup in a pandemic:

The Tampa Bay Lightning took house the Stanley Cup, however the NHL is also commemorating. There wasn’t a single positive COVID-19 test within the league’s bubble, which is being declared as a win and as a model for sports going forward in the pandemic

. 1:59″There’s going to be some quick relocations here and some teams attempting to function immediately,” Philadelphia GM Chuck Fletcher stated. “There may be other teams and players that might have to a little more client for the ideal fit. Oct. 9, 10, 11, there might be quite a great deal of complimentary representative activity and then you might have a lull there for 2 months.”

The Rangers, who are anticipated to utilize the leading pick in the draft on Alexis Lafreniere, continued their youth motion Wednesday by purchasing out franchise goaltender Henrik Lundqvist after the Ottawa Senators did the very same recently with Masterton Trophy winner Bobby Ryan.

Add the 38-year-old Lundqvist and Ryan to an already deep totally free representative pool, which is complicated this year by a flat wage cap. It stays at $81.5 million US because of cash lost in the pandemic. Top free representatives like St. Louis captain Alex Pietrangelo, fellow defenceman Torey Krug and 2018 MVP Taylor Hall might get a huge payday, however there is no certainty what the market will look like provided the cap and an absence of clearness about incomes next season.

“I wish I had the answer to that,” New York Islanders GM Lou Lamoriello stated. “Not only is this year the cap frozen, however I would expect that it will be likewise the next year.”

Lamoriello said he thinks there will be more totally free representatives readily available in 2021, and he and Poile concur there might be more players left on the marketplace in coming months after the initial frenzy ends.

Prior to that, though, things will be busy. Even Tampa Bay and Dallas have work to do after simply finishing up a season that began a long year ago this week.

The draft order has been set, and the Calgary Flames officially know where they’ll be picking.

Calgary’s first pick comes in the first round, 19th overall with their second coming in round two, 50th overall.

Things get hairy in the third round. The Flames own 81st overall, and may get the 76th overall selection from the Edmonton Oilers from the Milan Lucic deal. If Edmonton doesn’t give their 2020 3rd round pick, the Flames will receive the Oilers’ 2021 3rd round pick. Either way, the Flames have to forfeit a third-round pick to Chicago in the Erik Gustafsson trade.

Calgary owns San Jose’s 4th round pick, 96th overall, that was acquired through the Buffalo Sabres in the Michael Frolik deal. In round five Calgary picks 143rd overall in round five and 174th overall in the sixth round.

Their last pick comes 205th overall in the 7th round.

The draft is set to kick off at 7 p.m. EST next Tuesday. Here is the procedure for how the full draft order was decided:

Picks 1-7: Teams who did not participate in the Return To Play, in inverse order of 2019-20 regular-season points percentage